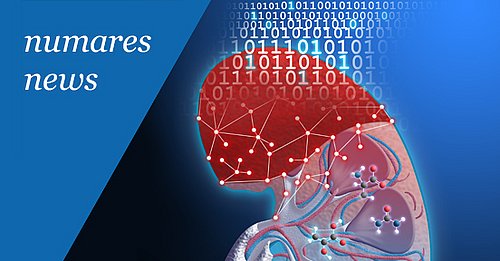 Regensburg, Germany, November 8 2019. Early non-invasive detection of kidney rejection after transplantation was the central aim of a collaboration between Prof. Dr. Bernhard Banas, Chairman of Nephrology at the University Hospital Regensburg (UKR) and the medical diagnostics company, numares. The results of their joint clinical trial “UMBRELLA” were just published in EBioMedicine and will be presented right now at the American Society of Nephrology’s “Kidney Week”, being held November 5-10, in Washington DC.

Last year, in partnership, UKR and numares published a joint method article1 describing a test for graft rejection based on clinical samples from UKR and the unique machine learning biomarker discovery platform pioneered by numares. Urine samples from patients with and without rejection were measured with nuclear magnetic resonance spectroscopy (NMR) and subsequently analyzed by machine learning algorithms in order to identify a metabolite constellation that facilitates diagnostic decisions.

The current publication in EBioMedicine titled “A urinary metabolite constellation to detect acute rejection in kidney allografts“2  presented the results of a clinical validation study of the metabolite constellation, marketed by numares as AXINON® renalTX-SCORE®. The researchers analyzed almost 1,000 urine samples from 109 patients, which were collected over a period of one year after kidney transplantation. Afterwards, they were evaluated against kidney biopsies. The biomarker constellation was able to detect rejection up to one week prior to clinical symptoms in some cases. Overall, the study established a promising diagnostic performance.

“We are pleased to publish the results of our work and to present them in Washington DC. We reached a true milestone on the way to a completely new rejection diagnostics and hope to successfully bring the renalTX-test into clinical routine practice together with numares”, says Prof. Dr. Banas, Chairman of the Transplantation Center Regensburg and President of the German Transplantation Society. Dr. Miriam Banas, private lecturer and lead author of the study adds: “numares’ allograft rejection test has several advantages. First, it allows close non-invasive kidney allograft monitoring. We get an early-warning system and can react quickly, e.g. by optimizing the therapy. Second, we naturally try to reduce the number of unnecessary biopsies with appropriate diagnostic support." AXINON® renalTX-SCORE® is available in the European Union as a CE-marked in-vitro test for use in clinical routine.

"We would like to thank the UKR and Professor Banas and his team for the successful cooperation", says Dr. Philipp Pagel, Chief Medical Officer of numares. "It is important for us to give a positive example of a cooperation between hospitals and industry. Regensburg is a great location for this kind of collaborative work.” numares was founded in 2004 as a spinoff from the University of Regensburg and is located in BioPark, just one kilometer away from the UKR.

Based on the success of this collaborative partnership, UKR and numares have already taken the next step: The PARASOL study is a pan-European, multicentric, prospective observational study that evaluates the test in an extended setting. In addition to Regensburg, the partners participating in the study are located in Vienna, Prague, Grenoble and Barcelona. By the end of 2019, already more than 1,000 patients will be recruited. Initial results are expected in the first quarter of 2020. 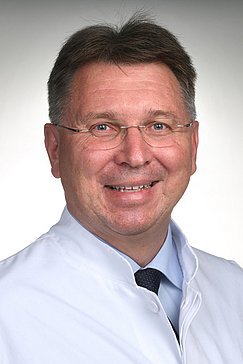 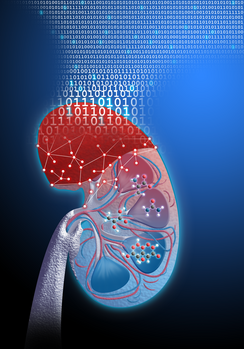 Image notice: UKR and numares - For exclusive use in the context of reporting on this press release.

About UKR
Top in medicine. Human in meeting.

The University Hospital Regensburg (UKR) treats approximately 35,500 inpatients and 154,000 outpatients annually. For this purpose, the UKR has 839 beds and 52 day hospital treatment places available (out of a total of 1,087 beds operated by the University of Regensburg's Faculty of Medicine). UKR employs more than 4,900 people in 29 human and dental clinics, polyclinics, institutes and departments. UKR is focused on high-performance medicine, especially in the fields of transplantation and intensive care medicine as well as oncological and cardiovascular diseases. For the average case severity ("Case-Mix-Index") the UKR is at the top of the German university hospitals. In addition to patient care at the highest level, the UKR, together with the Faculty of Medicine at the University of Regensburg, is responsible for the education of around 2,150 students (human and dental medicine) and for medical research. The common aim of all employees is the optimal medical and nursing care of the patients as well as an appreciative cooperation in the team.